Georgia Truck Traffic to Double by 2040: What You Should Know Now About Tractor-Trailer Safety 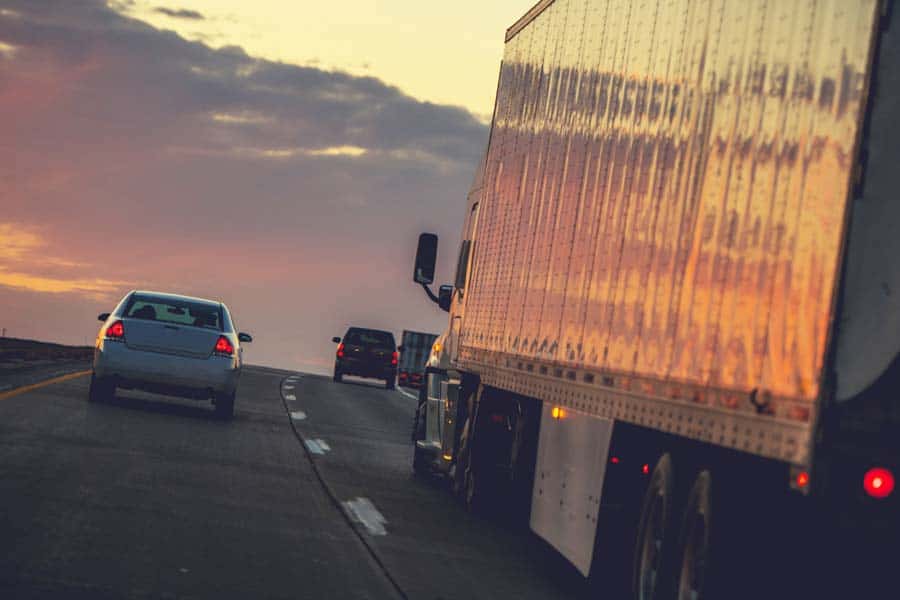 Georgia Truck Traffic to Double by 2040: What You Should Know Now About Tractor-Trailer Safety

The level of tractor-trailer traffic in the U.S. and Georgia has increased in conjunction with the demand for products and goods not only at the brick and mortar stores, but also home delivery of products purchased online.

As a matter of fact, freight and logistics demand is critical to Georgia’s economy. The logistics industry in Georgia makes up 18 percent of the State’s gross state product (GSP).* The Atlanta Metro area is geographically positioned as one of the top logistics hubs on the East Coast and the city is relatively close to the deep-water ports of Savannah and Brunswick, where ocean-going cargo often stops at distribution centers in the area.

What does all of this mean to the traffic and safety on our roads and highways’ Heavy truck traffic. Georgia officials expect truck traffic to double by 2040. The mere fact that there are so many trucks on the road means statistically there will be more auto and truck accidents, some of them fatal. With the maximum weight for a U.S. semi-truck and full trailer at 80,000 pounds spread over 18 conventional wheels, accidents involving trucks are dramatic and damaging.

The variety of truck accidents is numerable. Some types are avoidable with the adherence to proper safety precautions. One type of accident that has gotten the attention of U.S. Senators and members of Congress is deadly underride crashes. These crashes occur when a car slides under the body of a large truck, such as a tractor-trailer, during an accident. When this type of accident happens, the car’s safety features are not able to protect the passengers, causing severe head and neck injuries, including decapitation upon impact with the truck. Even at low speeds, these accidents are fatal.

No mother or father should see their child?s safety cut short by a traffic accident that could have been prevented with safety improvements. Attorney John Webb of Smith, Welch, Webb & White understands the nuances involved in personal injury and wrongful death cases especially semi-truck and tractor-trailer accidents. These cases can be costly to pursue and to investigate properly. John and his team have the necessary resources to handle the tasks and have been successful in reaching settlements that provided monetary comfort for generations to come, which allowed some form of closure for the families involved.

One incident involved a truck hauling agricultural products that blocked two lanes of traffic on a state route highway. As it was during the morning rush hour, the sun had not risen and traffic was heavy. The reflectors on the side of the trailer were covered in chicken excrement, which made the truck hard to see. As a result, Webb’s client ran underneath the truck and was nearly decapitated. Fortunately, his client survived the accident.

In this case, the trucking company initially denied liability. Once we got into the discovery aspect of it, they admitted liability, Webb says. We settled it for a confidential amount for my client and I can tell you it was up into the seven figures.

John and his associates are knowledgeable personal injury attorneys who take calculated risks and think outside the box to win settlements involving tractor-trailer accidents. We maximize results for our clients, whether it’s a fender bender or a catastrophic injury case, Webb says. ?You will get experienced representation with SWWW.

If you or someone you love has sustained an injury in a tractor-trailer accident in Georgia, make sure to call Smith, Welch, Webb & White at 1-855-505-7999.